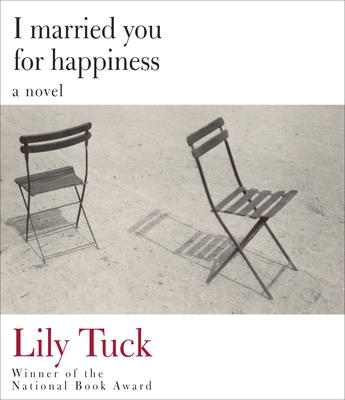 Slender, potent, and utterly engaging, I Married You For Happiness combines marriage, mathematics, and the probability of an afterlife to create Lily Tuck's most affecting and riveting book yet.

“His hand is growing cold, still she holds it” is how this novel that tells the story of a marriage begins. The tale unfolds over a single night as Nina sits at the bedside of her husband, Philip, whose sudden and unexpected death is the reason for her lonely vigil. Still too shocked to grieve, she lets herself remember the defining moments of their long union, beginning with their meeting in Paris. She is an artist, he a highly accomplished mathematician: a collision of two different worlds that merged to form an intricate and passionate love. As we move through select memories—real and imagined—Tuck reveals the most private intimacies, dark secrets, and overwhelming joys that defined Nina and Philip's life together.


Praise For I Married You for Happiness…

“Tuck’s skill is immense, as is Caruso’s, and there’s not a word of this heartbreaking but compelling listening experience that feels false or unearned.”
—AudioFile

“Strangely captivating. . . . It will make you chafe. It will strike a chord.”
—Washington Post

BARBARA CARUSO is an American graduate of the Royal Academy of Dramatic Art. She enjoys a rich acting career which has included Broadway, off Broadway, and many theaters across the country. On those stages she has performed in plays by Shakespeare, Chekov, Williams, O’Neil, and Neil Simon, to name but a few.

Spoken word audio is an important part of that career. Her countless recordings include the works of Edith Wharton, Margaret Atwood, Maeve Binchy, Louisa May Alcott, Willa Cather, and children’s classics. AudioFile magazine has chosen her one of their Voices of the Century. She’s won numerous Earphones Awards, including for her narration of The Year of Magical Thinking (an Audie® Award finalist) and The House of Scorta, both published by HighBridge. She is the recipient of the Alexander Scourby Award, presented by the American Foundation for the Blind.

LILY TUCK is the author of several previous novels including Siam, or the Woman Who Shot a Man which was nominated for the 2000 PEN/Faulkner Award for Fiction and The News From Paraguay, winner of the National Book Award.
Loading...
or
Not Currently Available for Direct Purchase