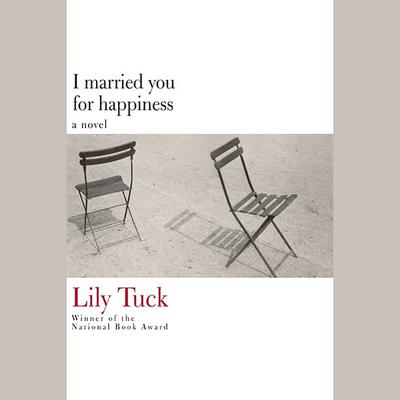 I Married You for Happiness (Digital Audiobook)

Slender, potent, and utterly engaging, I Married You For Happiness combines marriage, mathematics, and the probability of an afterlife to create Lily Tuck's most affecting and riveting book yet.

“His hand is growing cold, still she holds it” is how this novel that tells the story of a marriage begins. The tale unfolds over a single night as Nina sits at the bedside of her husband, Philip, whose sudden and unexpected death is the reason for her lonely vigil. Still too shocked to grieve, she lets herself remember the defining moments of their long union, beginning with their meeting in Paris. She is an artist, he a highly accomplished mathematician: a collision of two different worlds that merged to form an intricate and passionate love. As we move through select memories—real and imagined—Tuck reveals the most private intimacies, dark secrets, and overwhelming joys that defined Nina and Philip's life together.