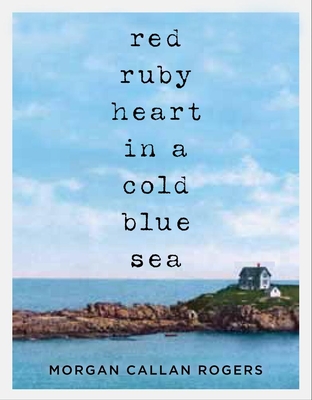 When her mother disappears during a weekend trip, Florine Gilham’s idyllic childhood is turned upside down. Until then she’d been blissfully insulated by the rhythms of family life in small town Maine: watching from the granite cliffs above the sea for her father’s lobster boat to come into port, making bread with her grandmother, and infiltrating the summer tourist camps with her friends. But with her mother gone, the heart falls out of Florine’s life and she and her father are isolated as they struggle to manage their loss.

Both sustained and challenged by the advice and expectations of her family and neighbors, Florine grows up with her spirit intact. And when her father’s past comes to call, she must accept that life won’t ever be the same while keeping her mother vivid in her memories.

With Fannie Flagg’s humor and Elizabeth Stroud’s sense of place, this debut is an extraordinary snapshot of a bygone America through the eyes of an inspiring girl blazing her own path to womanhood.

Praise For Red Ruby Heart in a Cold Blue Sea…

“This well-crafted debut novel tugs at the heart without falling into sentimentality.”
—Library Journal

“A realistic and resonate coming-of-age novel, chronicling a journey from grief to acceptance.”
—Kirkus Reviews

“The novel is filled with a kind of fresh honesty, as well as dry wit—seen most of all in the character of [protagonist] Florine. . . . It is almost impossible not to care about her.”
—BookPage

LUCI CHRISTIAN is an American voice actress and ADR Script Writer who has provided voices for a number of English language versions of Japanese anime films.

MORGAN CALLAN ROGERS is a native “Mainer” who grew up in the shipbuilding city of Bath and splits her time between coastal Maine and South Dakota.
Loading...
or
Not Currently Available for Direct Purchase