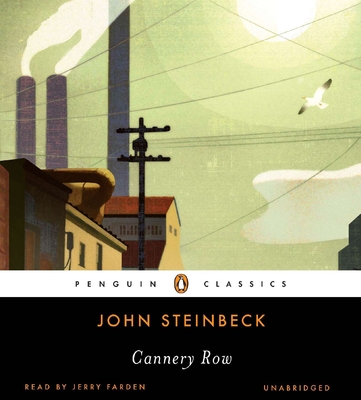 Steinbeck's tough yet charming portrait of people on the margins of society, dependant on one another for both physical and emotional survival

Published in 1945, Cannery Row focuses on the acceptance of life as it is: both the exuberance of community and the loneliness of the individual. Drawing on his memories of the real inhabitants of Monterey, California, including longtime friend Ed Ricketts, Steinbeck interweaves the stories of Doc, Dora, Mack and his boys, Lee Chong, and the other characters in this world where only the fittest survive, to create a novel that is at once one of his most humorous and poignant works. In her introduction, Susan Shillinglaw shows how the novel expresses, both in style and theme, much that is essentially Steinbeck: “scientific detachment, empathy toward the lonely and depressed…and, at the darkest level…the terror of isolation and nothingness.”