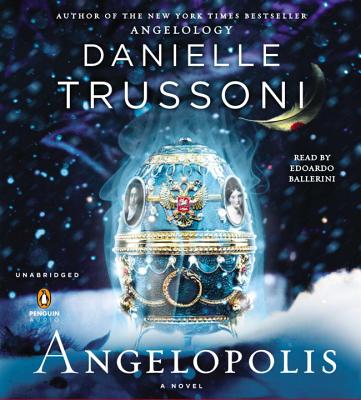 The sequel to the "New York Times" bestselling "Angelology" will thrill fans of Deborah Harkness, Justin Cronin, and Elizabeth Kostova
Hailed by "USA Today" as a thrill ride best described as "The Da Vinci Code" meets "Raiders of the Lost Ark," Danielle Trussoni's bestselling first novel, "Angelology," wove biblical lore, the Orpheus myth, and Milton's Rebel Angels into a present-day world tinged with the divine supernatural. The novel plunged two endearing loners art historian V. A. Verlaine and Evangeline, a beautiful young nun into an ancient battle between a secret society and mankind's most insidious enemies: angel-human hybrids known as the Nephilim.
Now a decade has passed since Verlaine saw Evangeline alight from the Brooklyn Bridge, the sight of her wings a betrayal that haunts him still. The Nephilim are again on the rise, scheming to construct their own paradise the Angelopolis and ruthlessly pursued by Verlaine in his new calling as an angel hunter. But when Evangeline materializes, Verlaine is besieged by doubts that will only grow as forces more powerful than even the Nephilim draw them from Paris to Saint Petersburg and deep into the provinces of Siberia and the Black Sea coast. A high-octane tale of abduction and liberation, treasure seeking and divine warfare, "Angelopolis" plumbs Russia's imperial past, modern genetics, and the archangel Gabriel's famous visitations to conceive a fresh tableau of history and myth that will, once again, enthrall readers the world over.

Danielle Trussoni s novel "Angelology" was a "New York Times" bestseller and was reviewed on the front page of "The New York Times BookReview." Her memoir debut, "Falling Through the Earth," was selected as one of the Ten Best Books of 2006 by "The" "New York Times." She currently splits her time between the United States and France."
Loading...
or
Not Currently Available for Direct Purchase