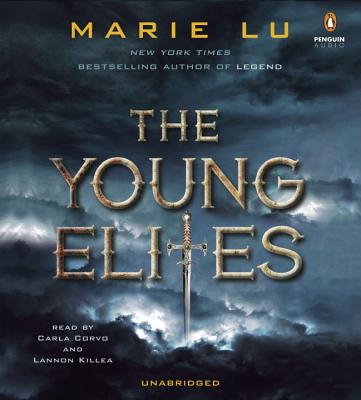 Adelina Amouteru is a survivor of the blood plague: marked by a jagged scar, snow-white hair and lashes. Cast out by her family, Adelina has finally found a place to belong within the secret society of Young Elites. To some, the Elites are heroes, here to save innocents in desperate situations. But to the Inquisition Axis, the white-robed soldiers of Kenettra, they are monsters with demonic powers who must be brought to justice. As Adelina learns more about this perilous world where politics and magic clash, she soon realizes that her own powers may be in danger of bringing on an era of panic such as the world has never seen.

Marie Lu (www.marielu.org) is the author of the New York Times bestselling novels Legend, Prodigy, and Champion. She graduated from the University of Southern California and jumped into the video game industry, working for Disney Interactive Studios as a Flash artist. Now a full-time writer, she spends her spare time reading, drawing, playing Assassin’s Creed, and getting stuck in traffic. She lives in Los Angeles, California (see above: traffic), with one boyfriend, one Chihuahua mix, and two Pembroke Welsh corgis.
Loading...
or
Not Currently Available for Direct Purchase