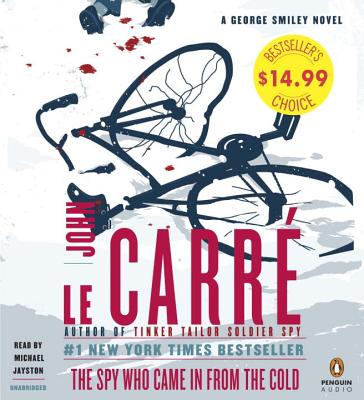 The Spy Who Came in From the Cold

Setting a standard that has never been surpassed, The Spy Who Came in from the Cold is a devastating tale of duplicity and espionage.

Praise For The Spy Who Came in From the Cold: A George Smiley Novel…

“The best spy story I have ever read.”—Graham Greene

“Written…with a pitiless, elegant clarity. The Spy who Came in from the Cold is a first-rate thriller and more.”—Time

New York Times bestselling author John le Carré (A Delicate Truth and Spy Who Came in from the Cold) was born in 1931 and attended the universities of Bern and Oxford. He taught at Eton and served briefly in British Intelligence during the Cold War. For the last fifty years he has lived by his pen. He divides his time between London and Cornwall.
Loading...
or
Not Currently Available for Direct Purchase