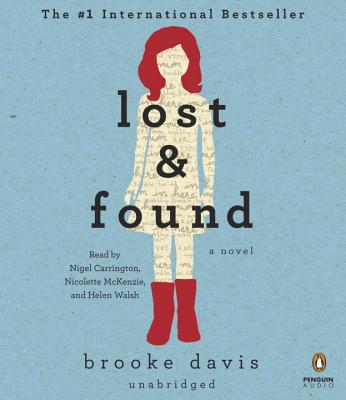 An irresistible debut novel about the wisdom of the very young, the mischief of the very old, and the magic that happens when no one else is looking Millie Bird, seven years old and ever hopeful, always wears red gumboots to match her curly hair. Her struggling mother, grieving the death of Millie's father, leaves her in the big ladies' underwear department of a local store and never returns. Agatha Pantha, eighty-two, has not left her house--or spoken to another human being--since she was widowed seven years ago. She fills the silence by yelling at passersby, watching loud static on TV, and maintaining a strict daily schedule. Karl the Touch Typist, eighty-seven, once used his fingers to type out love notes on his wife's skin. Now that she's gone, he types his words out into the air as he speaks. Karl's been committed to a nursing home, but in a moment of clarity and joy, he escapes. Now he's on the lam. Brought together at a fateful moment, the three embark upon a road trip across Western Australia to find Millie's mother. Along the way, Karl wants to find out how to be a man again; Agatha just wants everything to go back to how it was. Together they will discover that old age is not the same as death, that the young can be wise, and that letting yourself feel sad once in a while just might be the key to a happy life.

BROOKE DAVIS has worked as a travel writer, editor, and bookseller. She is the winner of the Allen & Unwin Prize for Prose Fiction, the Verandah Prose Prize, the 2009 Bobbie Cullen Memorial Award for Women Writers, and the 2011 Postgraduate Queensland Writing Prize. Her debut novel, Lost & Found, was written as a PhD thesis on grief at Curtin University in Western Australia, a part of which was anthologized in Award Winning Australian Writing 2012. Brooke Davis attended Wilfrid Laurier University and dated a Halifax boy but now makes Perth, Australia, her home.
Loading...
or
Not Currently Available for Direct Purchase