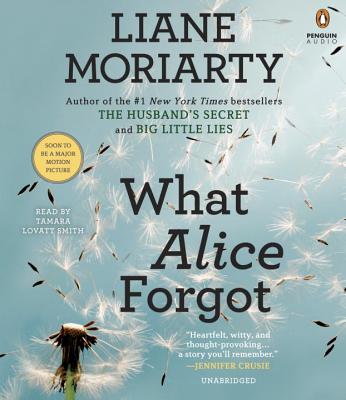 What would happen if you were visited by your younger self, and got a chance for a do-over?

Alice Love is twenty-nine years old, madly in love with her husband, and pregnant with their first child. So imagine her surprise when, after a fall, she comes to on the floor of a gym (a gym! she HATES the gym!) and discovers that she's actually thirty-nine, has three children, and is in the midst of an acrimonious divorce.

A knock on the head has misplaced ten years of her life, and Alice isn't sure she likes who she's become. It turns out, though, that forgetting might be the most memorable thing that has ever happened to Alice.

Liane Moriarty is the author of two novels, Three Wishes and The Last Anniversary, both of which were published around the world and translated into seven languages. She is also the author of the Nicola Berry series for children. Moriarty lives in Sydney, Australia, with her husband and two small, noisy children.
Loading...
or support indie stores by buying on