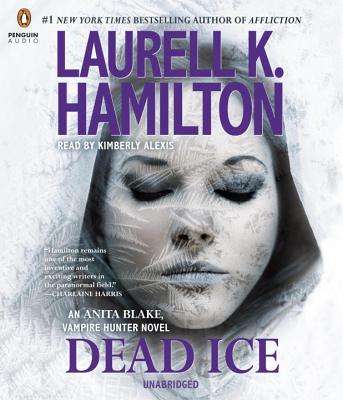 Anita Blake has the highest kill count of any vampire executioner in the country. She's a U.S. Marshal who can raise zombies with the best of them. But ever since she and master vampire Jean-Claude went public with their engagement, all she is to anyone and everyone is Jean-Claude's fiancee. It's wreaking havoc with her reputation as a hard ass--to some extent. Luckily, in professional circles, she's still the go-to expert for zombie issues. And right now, the FBI is having one hell of a zombie issue. Someone is producing zombie porn. Anita has seen her share of freaky undead fetishes, so this shouldn't bother her. But the women being victimized aren't just mindless, rotting corpses. Their souls are trapped behind their eyes, signaling voodoo of the blackest kind. It's the sort of case that can leave a mark on a person. And Anita's own soul may not survive unscathed . . .

Laurell K. Hamilton is a full-time writer and the author of the Anita Blake, Vampire Hunter and Merry Gentry series. She lives in a suburb of St. Louis with her family.
Loading...
or
Not Currently Available for Direct Purchase