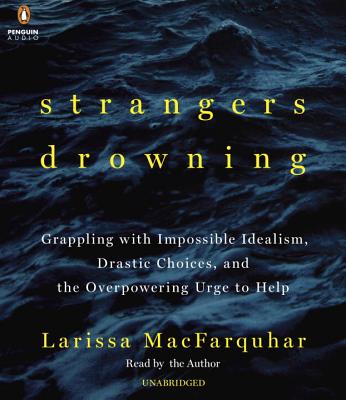 A couple adopts two children in distress. But then they think: If they can change two lives, why not four? Or ten? They adopt twenty. But how do they weigh the needs of unknown children in distress against the needs of the children they already have? Another couple founds a leprosy colony in the wilderness in India, living in huts with no walls, knowing that their two small children may contract leprosy or be eaten by panthers. The children survive. But what if they hadn't? How would their parents' risk have been judged? A woman believes that if she spends money on herself, rather than donate it to buy life-saving medicine, then she's responsible for the deaths that result. She lives on a fraction of her income, but wonders: when is compromise self-indulgence and when is it essential? We honor such generosity and high ideals; but when we call people do-gooders there is skepticism in it, even hostility. Why do moral people make us uneasy? Between her stories, MacFarquhar threads a lively history of the literature, philosophy, social science, and self-help that have contributed to a deep suspicion of do-gooders in Western culture. Through its sympathetic and beautifully vivid storytelling, Strangers Drowning confronts us with fundamental questions about what it means to be human. In a world of strangers drowning in need, how much should we help, and how much can we help? Is it right to care for strangers even at the expense of those we are closest to? Moving and provocative, Strangers Drowning challenges us to think about what we value most, and why. From the Hardcover edition.

LARISSA MACFARQUHAR has been a staff writer at The New Yorker since 1998. Her subjects have included John Ashbery, Barack Obama, and Noam Chomsky, among many others. Previously she was a senior editor at Lingua Franca and an advisory editor at The Paris Review. MacFarquhar lives in New York.
Loading...
or
Not Currently Available for Direct Purchase