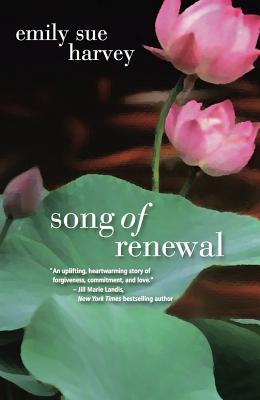 Song of Renewal received glowing acclaim upon its hardcover release. Now, Emily Sue Harvey has dramatically expanded this extraordinarily touching work to allow us to experience its riches at new levels.The Wakefields seem to have everything. Garrison is a hugely successful graphic artist. Liza is an active member of the community and a patron of the arts. Their 16-year-old daughter Angel is bright, beautiful, and a gifted dancer. At the same time, though, they have traded away many of their dreams. Garrison gave up a future as an accomplished painter to make money. Liza suspended her own dancing career to raise a family. And Angel is setting aside her ambitions to live her mother's dream.When Angel gets into a car accident that kills her first love, the Wakefields' lives turn on a dime. While Angel lies in a coma from which even the best prognosis is devastating, Garrison and Liza sit by her side, their once-passionate marriage in tatters. As their heartache over Angel builds, Garrison and Liza struggle to rediscover who they once were-and who they were meant to be. They come to realize that it will take everything they have within themselves to heal Angel, heal their hearts, and renew the power of their love.At once romantic, inspiring, and empowering, Song of Renewal is a rare bauble of a novel, one with something to say to every family.

Emily Sue Harvey is a past president of the Southeastern Writers Association. She has contributed to several volumes in the Chicken Soup and Chocolate for Women series and has published articles in multiple venues. She is the mother of grown children and lives with her husband in South Carolina. Song of Renewal is her first novel."
Loading...
or support indie stores by buying on