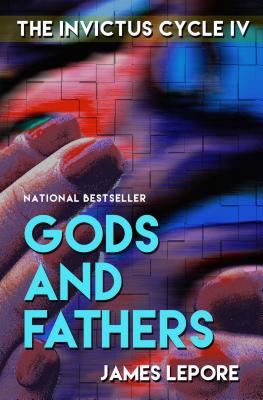 "Nationally bestselling author James LePore has established a reputation as a writer whose vividly drawn characters and morally complex plots have kept readers up to all hours turning pages. His new novel promises more sleepless nights and more nonstop thrills. Matt DeMarco is an accomplished Manhattan attorney with more than his share of emotional baggage. His marriage ended disastrously, his ex-wife has pulled their son away from him, and her remarriage to a hugely successful Arab businessman has created complications for Matt on multiple levels. However, his life shifts from troubled to imperiled when two cops - men he's known for a long time - come into his home and arrest his son as the prime suspect in the murder of the boy's girlfriend. Suddenly, the enmity between Matt and his only child is no longer relevant. Matt must do everything he can to clear his son, who he fully believes is innocent. Doing so will require him to quit his job and make enemies of former friends - and it will throw him up against forces he barely knew existed and can only begin to comprehend how to battle. GODS AND FATHERS is at once a powerful mystery and a provocative international thriller, all of it presented with LePore's signature fascinating characters placed in dire circumstances where every choice poses new and potentially fatal challenges.

James LePore is an attorney who has practiced law for more than two decades, and an accomplished photographer. He is the author of three previous novels, A World I Never Made, Blood of My Brother, and Sons and Princes, as well as the story collection, Anyone Can Die. He lives in Westchester County, NY with his wife, artist Karen Chandler.
Loading...
or support indie stores by buying on