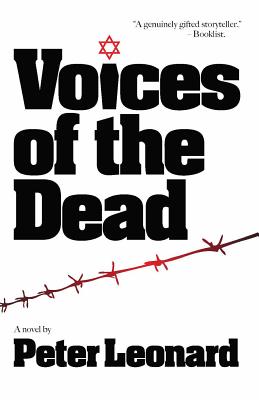 Voices of the Dead

Praise for Peter Leonard's Quiver:
A spectacular debut...you will be holding your breath until the final page.
The New York Sun
Memorable characters and dialogue come to think of it not unlike what Leonard's father, Elmore Leonard, creates.
Seattle Times
Peter Leonard has a good ear for voices, a good eye for detail, and a talent for bringing together elements that can t do anything but explode.
Thomas Perry, New York Times bestselling author
And for Trust Me:
Packed with unexpected twists, improbable entanglements and wry, paint-fresh dialogue you could read all day without getting bored.
The Guardian
Breathtaking is a reviewer's cliche. But it is simply the best way to describe the pace of Peter Leonard's latest offering.
The Washington Times
Trust Me is fast, sly and full of twists.
Carl Hiaasen, New York Times bestselling author

Peter Leonard has already begun to establish himself as a distinctive, must-have voice in suspense fiction. Now he delivers his most compelling, most jaw-dropping novel yet, introducing us to a character you re not likely to forget anytime soon.
The year is 1971. The place is Detroit. Harry Levin, a scrap metal dealer and Holocaust survivor, has just learned that his daughter was killed in a car accident. Traveling to Washington, DC to claim the body, he learns that the accident was caused by a German diplomat who was driving drunk. This is only the beginning of the horror for Harry, though, as he discovers that the diplomat will never face charges he has already been released and granted immunity. Enraged and aggrieved, Harry discovers the identity of his daughter's killer, follows him to Munich, and hunts him down. What Harry finds out about the diplomat and his plans will explode his life and the lives of everyone around him.
Brimming with action and dark humor, Voices of the Dead, firmly positions Peter Leonard as a writer ever suspense fan needs to read.


Praise For Voices of the Dead…

If you haven't read Leonard before and you must this is a great place to start.”
The Guardian

A story that won't let you go from a writer that has truly found his stride.”
The View from the Phlipside

A riveting, wild ride of a story, with enough twists and turns to keep you glued to the edge of your seat.”
Simple Pleasures Books

Completely blew me away.”
Melodiesintune

I read this book in a day and a half because I just couldn’t put it down. From page one, it’s nothing but action that leaves you dying to know what happens next.”
The Top Shelf

The story keeps you on the edge of your seat and the pages rapidly turning.”
Dollycas's Thoughts

Peter Leonard is the author of nine novels. He lives in Birmingham, Michigan.
Loading...
or support indie stores by buying on
(This book is on backorder)