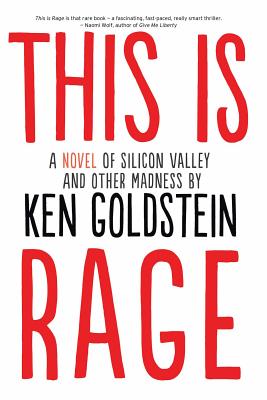 A Novel of Silicon Valley and Other Madness

Ken Goldstein advises a number of start-ups and established corporations in technology, entertainment, media, and e-commerce. He served as Chief Executive Officer and Chairman of the Board of SHOP.COM, a market leader in online consumer commerce acquired by Market America. He previously served as executive vice president and managing director of Disney Online, and as vice president of entertainment at Broderbund Software. Earlier in his career, he developed computer games for Philips Interactive Media and Cinemaware Corporation, and also worked as a television executive. He is active in children's welfare issues and has served on the boards of the Make-A-Wish Foundation of Greater Los Angeles, Hathaway-Sycamores Child and Family Services, and Full Circle Programs, and is currently actively in local government. He speaks and teaches frequently on topics of management, leadership, and creative destruction. He and his wife Shelley, who teaches English as a Second Language, make their home in Southern California. He received his BA in Theater Studies and Philosophy from Yale. THIS IS RAGE is his first novel.
Loading...
or
Not Currently Available for Direct Purchase