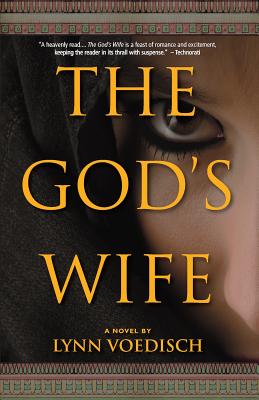 The women of ancient Egypt were the freest of any civilization on earth, until the modern era. In several dynasties of ancient Egypt the God's Wives of Amun stood tall, priestesses of wealth and power, who represented the pinnacle of female power in the Egyptian state. Many called The God's Wife of Amun second only to the Pharaoh in dominance.
THE GOD S WIFE follows the adventures of a 16-year-old girl, Neferet, who is thrust into the role of The Gods Wife of Amun without proper training. Surrounded by political intrigue and ensnared by sexual stalking, Neferet navigates the temple, doing her duties, while keeping her family name pristine and not ending up like her predecessordead. Meanwhile, a modern-day Chicago dancer, Rebecca, is rehearsing for a role in an ancient Egyptian production and finds herself blacking out and experiencing realistic dreams about life in Egypt. It's as if she's coming in contact with Neferet's world. Are the two parallel worlds on a collision course? They seem to be, for Neferet has just used an old spell to bring protection to her world, and Rebecca meets a mysterious Egyptian man who says he ll whisk her away to Alexandria. Magic and realism mix for a powerful ending in THE GOD S WIFE.