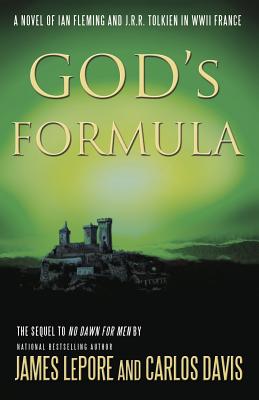 A Novel of Ian Fleming, J.R.R. Tolkien, and Nazi Germany

It is 1939. The scourge that is Nazi Germany is trampling Europe as its scientists vie to deliver ever-increasing destructive power. Now physicist Walter Friedeman a friend of Albert Einstein's since childhood has found a formula to enrich uranium in three months rather than the previously expected five years. Such a formula could deliver Germany the first atomic arsenal. But Friedeman does not believe in the Nazi cause. Friedeman wants the formula in the hands of America, but getting it to them himself will be nearly impossible. He sets into motion a plan to use his teenaged son, a Hitler Youth, to unwittingly do the job using a message Friedeman has encoded in the Elvish language created by J.R.R. Tolkien in his novel "The Hobbit."
What follows is a quest across continents as Einstein, Tolkien, and MI-6 officer Ian Fleming work together to find Friedeman's son, decode the message, and wrest control of the nuclear future before Hitler can steal it for himself.
Reuniting Tolkien and Fleming after their adventure in "No Dawn for Men," "God's Formula" is a heart-pounding thriller filled with history both real and imagined.