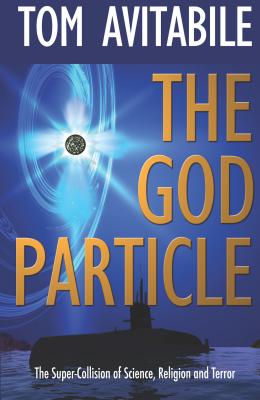 When the smallest imagined particle of matter threatens to destroy all that matters, science and religion collide on the world stage and within the corridors of power. Presidential Science Advisor William Wild Bill Hiccock and his top-secret Quarterback Operations Group (QUOG) has already faced down some of the most sinister high-tech rivals imaginable. Now they must face one that can eliminate all life on Earth in an instant.
THE GOD PARTICLE is a super-kinetic thriller that pits brains, religion, political power, and common humanity against the onslaught of extremely dangerous, narrowly focused scientific exploration into the fabric of creation, complete with a plot to shoot down one of the President's helicopters. Fringe religious groups but not the usual suspects engage in terror. Ugly espionage is set against the beauty of the Cote D Azur. The romance of Paris offsets the grit of Boston's South of Roxbury while the Euro-pop discos of Switzerland punctuate the quest.
In the end it comes down to one question: Can former FBI agent Brooke Burrell, now QUOG's lead operative, choose between her personal and professional life in time to solve the puzzle and stop it all?

TOM AVITABILE, a Senior VP/Creative Director at a New York advertising firm, is a writer, director, and producer with numerous film and television credits. He has an extensive background in engineering and

computers, including work on projects for the House Committee on Science and Technology, which helped

lay the foundation for The Eighth Day. In his spare time, Tom is a professional musician and an amateur

woodworker.
Loading...
or
Not Currently Available for Direct Purchase