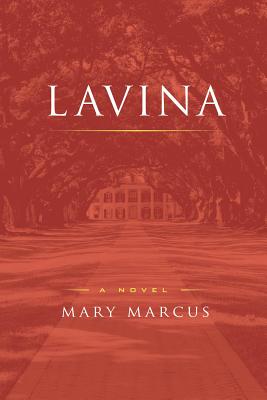 Mary Jacob grew up as an anomaly. A child of Louisiana in the early sixties, she found little in common with most of the people in her community and in her household, and her best friend was Lavina, the black woman who cooked and cleaned for her family. Now, in the early nineties, Mary Jacob has escaped her history and established a fresh, if imperfect, life for herself in New York. But when she learns of her father's critical illness, she needs to go back home. To a disapproving father and a spiteful sister. To a town decades out of alignment with Mary Jacob's new world. To the memories of Billy Ray, Lavina's son who grew up to be a musical legend whose star burned much too bright.
And to the echoes of a fateful day three decades earlier when three lives changed forever.
A generation-spanning story both intimate and enormous in scope, LAVINA is a novel rich in humanity, sharp in its indictments, and stunning in its resolution.

Mary Marcus was born and raised in Louisiana but left for New York after graduating from Tulane. She worked for many years in the advertising and fashion industries for Neiman Marcus, Vogue, Lancome, Faberge, and San Rio Toys, where she worked on the Hello Kitty brand. Marcus short fiction has appeared in "North Atlantic Review, Karamu, Fiction, Jewish Women s Literary Journal" and "The New Delta Review " among others. She lives in Los Angeles and the East End of Long Island. She is the author of one previous novel, "The New Me.""
Loading...
or
Not Currently Available for Direct Purchase