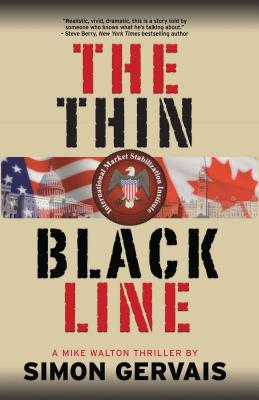 Mike Walton had experienced terrorism from every angle. As a covert field operations officer, he thought he'd seen it all. But that was before terrorism struck him directly at home. Suffering devastating physical injury and unthinkable personal loss, Mike had one of two choices: give up or fight back. And giving up wasn't in his makeup.
Mike and his wife Lisa a medical doctor and fellow counter-terrorism expert are recruited by the International Market Stabilization Institute, a privately funded organization operating outside official channels to protect North America's financial interests. The strikes that destroyed Mike and Lisa's household the work of Sheik Al-Assad are bringing the Western economy to its knees. And they are only the beginning. If the Sheik succeeds, the world will change forever, and the next attack is just around the corner. Mike and Lisa must lead a hastily assembled team to Europe to stop the madness before time runs out.
Rippling with tension, raging with action, and replete with the kinds of details only a true counter-terrorism insider can provide, "The Thin Black Line" is a nonstop thriller of the first order. It announces an unforgettable new team of characters and a distinctive new voice to the thriller world.

SIMON GERVAIS was born in Montreal, Quebec. He joined the Canadian military as an infantry officer and was commissioned as a second lieutenant in 1997. Assigned to the Infantry School in Gagetown, New Brunswick, he received extensive training in advanced reconnaissance and small-unit tactics.

In 2001, he became a federal agent. His first posting was in Toronto, where he served as a drug investigator. During this time, he worked on many international drug-related cases in close collaboration with his American colleagues from the DEA. However, in 2004, his career switched gears and he was placed with a federal anti-terrorism unit based in the Ottawa Region. During the following years, he was deployed in numerous European and Middle Eastern countries.

In 2009, he became a close-protection specialist tasked with guarding foreign heads of state visiting Canada. Among many others, he served on the protection details of Queen Elizabeth II, US President Barack Obama, and Chinese President, Hu Jianto.

In 2012, Simon was transferred to his organization s counter-surveillance unit. During the next two years, he participated in a number of intelligence gathering operations. In May 2014, he returned to his former unit to serve as a bodyguard for the American ambassador to Canada until his retirement in September 2014.

Simon is now a full-time writer and a member of the International Thriller Writers. Simon, his wife, and their two children divide their time between Ottawa and South Florida, which they consider their second home."
Loading...
or
Not Currently Available for Direct Purchase