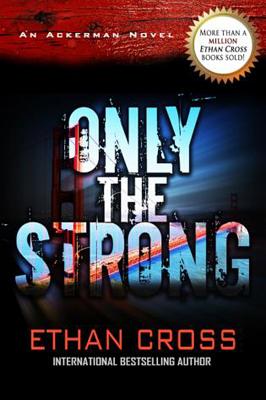 Special Agent Marcus Williams and his serial killer sibling, Francis Ackerman Jr., are on the trail of not just a single murderer, but an entire network of killers for hire. The trail of bodies leads them to San Francisco and a killer going by the codename Gladiator. Their target is working for a ruthless and reclusive syndicate leader, helping to expand the crime lord's territories through blood. But the Gladiator's machinations go much deeper than contract killing. Considering himself to be a modern-day Genghis Khan, the Gladiator has a plan to forever carve his name onto the evolution of mankind. To stop him, Ackerman, Marcus, and the team must plumb the depths of human depravity by diving into the worlds of organized crime, human trafficking, and underground bloodsports. The Gladiator is undefeated in his arena of death, but he's also never faced an opponent like Ackerman. PRAISE FOR ETHAN CROSS: "A fast-paced, all-too-real thriller with a villain right out of James Patterson and Criminal Minds." - Andrew Gross, #1 New York Times bestselling author, on THE SHEPHERD "The best book of its kind since Thomas Harris retired Hannibal Lecter. A cat-and-mouse game extraordinaire." - Jon Land, bestselling author of STRONG VENGEANCE on THE PROPHET.

Ethan Cross is the award-winning international bestselling author of The Shepherd (described by #1 bestselling author Andrew Gross as "A fast paced, all too real thriller with a villain right out of James Patterson and Criminal Minds."), The Prophet (described by bestselling author Jon Land as "The best book of its kind since Thomas Harris retired Hannibal Lecter"), The Cage, Callsign: Knight, Father of Fear, The Judas Game, and Blind Justice. In addition to writing and working in the publishing industry, Ethan has also served as the Chief Technology Officer for a national franchise, recorded albums and opened for national recording artists as lead singer and guitar player in a musical group, and been an active and involved member of the International Thriller Writers organization. He lives and writes in Illinois with his wife, three kids, and two Shih Tzus.
Loading...
or
Not Currently Available for Direct Purchase