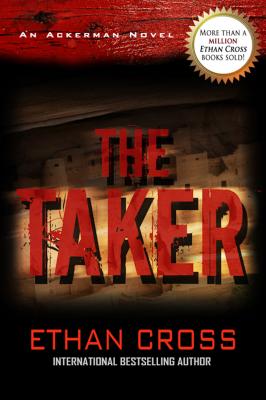 Francis Ackerman Jr. is incapable of fear and addicted to pain, but sometimes stopping the worst of the worst is a job for the best of the bad. Ackerman--an infamous mass murderer now working as a special consultant for the US government--must find a missing member of his team before she becomes the next victim of a serial killer known as the Taker. With the help of his brother, Special Agent Marcus Williams, Ackerman must solve a twenty-year old cold case that connects to a string of abductions surrounding the Navajo Nation. The investigation leads them deep into the heart of the largest American Indian reservation in the US, where a drug runner and gang leader has established his own kingdom in the small town of Roanhorse, NM. With the trail ending in the seemingly quiet town, Ackerman has no choice but to declare war in order to flush out the Taker and rescue the missing member of what he has begun to call his family. But the threats for Ackerman are not only external. He must also contend with increasingly frequent hallucinations and a growing concern that his symptoms are worsening... PRAISE FOR ETHAN CROSS: "A fast-paced, all-too-real thriller with a villain right out of James Patterson and Criminal Minds." - Andrew Gross, #1 New York Times bestselling author, on THE SHEPHERD "The best book of its kind since Thomas Harris retired Hannibal Lecter. A cat-and-mouse game extraordinaire." - Jon Land, bestselling author of STRONG VENGEANCE on THE PROPHET.

Ethan Cross is the award-winning international bestselling author of The Shepherd (described by #1 bestselling author Andrew Gross as "A fast paced, all too real thriller with a villain right out of James Patterson and Criminal Minds."), The Prophet (described by bestselling author Jon Land as "The best book of its kind since Thomas Harris retired Hannibal Lecter"), The Cage, Callsign: Knight, Father of Fear, The Judas Game, and Blind Justice.In addition to writing and working in the publishing industry, Ethan has also served as the Chief Technology Officer for a national franchise, recorded albums and opened for national recording artists as lead singer and guitar player in a musical group, and been an active and involved member of the International Thriller Writers organization.He lives and writes in Illinois with his wife, three kids, and two Shih Tzus.
Loading...
or
Not Currently Available for Direct Purchase