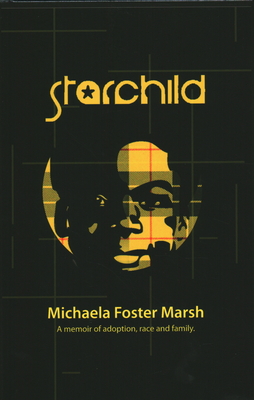 A Memoir of Adoption, Race, and Family

Michaela Foster Marsh and her brother Frankie grew up as "twins" in Glasgow, Scotland in the sixties. Born only weeks apart, Michaela was white and Frankie was black, and they were an unusual sight in their dual pram. Despite the doting of his parents and the unceasing love of his sister, Frankie's life was rarely easy, and it ended far too soon when a fire took him when he was only twenty-six. But for a devastated Michaela, Frankie's effect on her life was only beginning. She embarks on a search to learn what she can about Frankie's birth family, a journey that takes her to Uganda, to a culture and a family she never knew, through twists and turns and remarkable coincidences - and to a mission and to a connection with her African brethren she never could have imagined. STARCHILD is a remarkably candid memoir that plays out on both a personal and global scale. It is the story of the intimacies of siblinghood and the complexities of multi-racial adoption. It is the story of the unique connection of extended family and the unique commitment to an adopted homeland. It is the story of long-held secrets revealed and long-maintained barriers broken. And it is ultimately the story of a sibling relationship that transcends borders, time, and life itself.

Michaela Foster Marsh is an acclaimed musician with three albums to her credit whose work has appeared in television and film, including Dawson's Creek and The Matthew Sheppard Story. She has been invited to sing at the Monaco International Film Festival, the Cannes International Film Festival, and for Her Majesty, Queen Elizabeth. She is the founder and Executive Director of Starchild Charity, which works primarily with vulnerable children and women and which recently built a School for Creative Arts in Vvumba, Uganda. In 2017, she was a finalist for Scotswoman of the Year by the Evening Times and has received a Prime Minister's award for her work in Uganda. She lives with her partner in Glasgow.
Loading...
or support indie stores by buying on