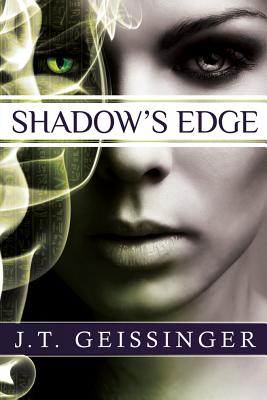 Deep within the primeval forests of southern England, a race of beautiful, savage shape-shifters lives hidden from the everyday world. Bound together by ancient bloodlines and a ruthless code of secrecy that punishes traitors with death, the Ikati send their leader Leander on a mission to capture one raised outside the tribe before she can expose their secret. When Leander tracks the unsuspecting outsider to Southern California, the hardened warrior is prepared for a fight--but not for the effect the sensual young beauty has on his heart.

Jenna spent her childhood in hiding, on the run from someone--or something--her parents refused to discuss. She trusts no one, not since her father's mysterious disappearance, not since her mother's sudden death, and definitely not since she began exhibiting strange, superhuman abilities. When handsome, enigmatic Leander appears, promising answers to the mysteries that shroud her past, she knows she shouldn't trust him either. But their connection is undeniable, and as powerful as the enemy hell-bent on destroying every one of their kind...