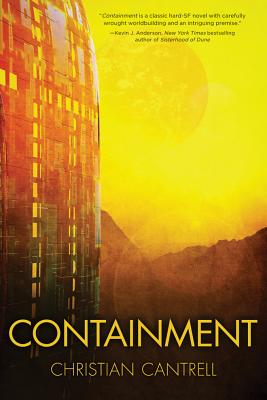 The colony on Venus was not built because the destruction of Earth was possible, but because it was inevitable...

A brilliant young scientist and one of the first humans born on Venus, Arik works tirelessly to perfect the science of artificial photosynthesis, a project crucial to the future of his home, V1. The colony was built on the harsh Venusian surface by the Founders, the first humans to establish a permanent extraterrestrial settlement. Arik's research becomes critical when he awakens from an unexplained, near-fatal accident and learns that his wife is three months pregnant. Unless Arik's research uncovers a groundbreaking discovery, V1's oxygen supply will not be able to support the increase in population that his baby represents.

As Arik works against time, he begins to untangle the threads of his accident, which seem inextricably linked to what lies outside the protective walls of V1--a world where the caustic atmosphere and extreme heat make all forms of known life impossible. For its entire existence, Arik's generation has been expected to help solve the problems of colonization. But as Arik digs deeper and deeper, he discovers alarming truths about the planet that the Founders have kept hidden. With growing urgency and increasing peril, Arik finds himself on a journey that will push him to the limits of his intelligence and take him beyond the unimaginable.