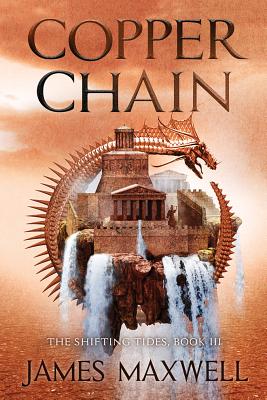 When a desperate king threatens Dion and everything he loves, only dangerous magic can keep him safe.

Dion, now king of Xanthos, is finally in command of the naval fleet he's always dreamed of. But his hopes for peace are jeopardized when King Palemon, in dire need of ships to rescue his starving people from the frozen wastelands of the north, invades the Salesian city of Malakai.

Too weak to confront Dion directly, Palemon turns to magic: mysterious copper chains from the lost civilization of Aleuthea, which have the potential to control dragons...and Dion.

With the people he loves in danger, and his own freedom at risk, Dion's only hope is Chloe and the power she struggles to tame.