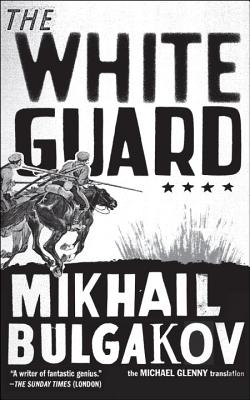 “Great and terrible was the year of Our Lord 1918, of the Revolution the second.”

It is 1918: the Russian Revolution has just ended, Ukraine is in the midst of civil war, and in Kiev, the two Turbin brothers are preparing to fight for the White Guard in the wake of their beloved mother’s death. Friends charge in from the streets amid an atmosphere of heady chaos, downing vodka, keeling over, taking baths, playing the guitar, falling in love. But the new regime is poised for victory, and in its brutal triumph lies destruction for the Turbins and their world.

This novel, Mikhail Bulgakov’s literary debut, may in fact have saved the writer, whose works were often censored under the Soviet regime: Stalin was an avid fan of a play based on The White Guard and allegedly went to see it more than fifteen times. Michael Glenny was the first to translate Bulgakov’s works into English—this edition makes his deft, brilliant translation once again available for new readers.

MIKHAIL BULGAKOV was born in Kiev on May 15th 1891. He graduated as a doctor but gave up the practice of medicine in 1920 to devote himself to literature. He went on to write some of the greatest novels in twentieth century Russian literature, including The White Guard, Heart of a Dog, and his masterpiece, The Master and Margarita. He died in Moscow of kidney disease in 1940.
Loading...
or
Not Currently Available for Direct Purchase