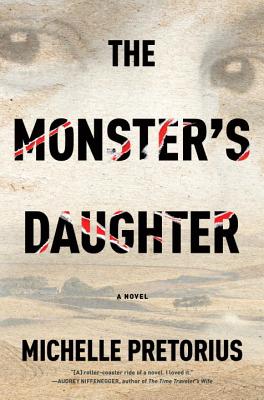 Somewhere on the South African veld, 1901: At the height of the Boer War, a doctor at a British concentration camp conducts a series of grim experiments on Boer prisoners. His work ends in chaos, but two children survive: a boy named Benjamin, and a girl named Tessa …

One hundred years later, a disgraced young police constable is reassigned to the sleepy South African town of Unie, where she makes a terrifying discovery: the body of a woman, burned beyond recognition.

The crime soon leads her into her country's violent past—a past that includes her father, a high-ranking police official under the apartheid regime, and the children left behind in that long ago concentration camp.

Michelle Pretorius’s epic debut weaves present and past together into a hugely suspenseful, masterfully plotted thriller that calls to mind Lauren Beukes’s The Shining Girls and Tana French’s The Secret Place. With an explosive conclusion, it marks the emergence of a thrilling new writer.

Praise For The Monster's Daughter…

“An impressive and well-executed debut novel, toeing the line between mystery, suspense, and sf. Readers who enjoy...Stieg Larsson or Louise Penny will find this title a chilling read.”
—Library Journal

“Michelle Pretorius is a funny, surprising and fearless writer. The Monster’s Daughter is at once a historical thriller that reckons seriously with South African politics, an imaginative piece of speculative fiction, and a stereotype-busting roller-coaster ride of a novel. I loved it.”
—Audrey Niffenegger, author of The Time Traveler’s Wife

MICHELLE PRETORIUS was born in Bloemfontein, South Africa. She has written for Bookslut, Word Riot, and the Copperfield Review, among other publications. She received an MFA in Fiction Writing from Columbia College Chicago and is currently a PhD student at Ohio University.
Loading...
or
Not Currently Available for Direct Purchase