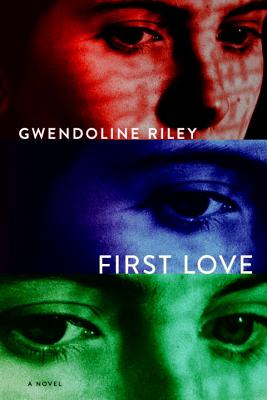 Shortlisted for the Baileys Women’s Prize for Fiction

Catastrophically ill-suited for each other, and forever straddling a line between relative calm and explosive confrontation, Neve and her husband, Edwyn, live together in London. For the moment they have reached a place of peace in their relationship, but past battles have left scars. As Neve recalls the decisions that brought her to Edwyn, she describes other loves and other debts—from her bullying father and her self-involved mother, to a musician she struggled to forget.

Drawing us into the battleground of this marriage, Gwendoline Riley tells a transfixing story of mistakes and misalliances, of helplessness and hostility, in which both husband and wife have played a part. Could this possibly be, nonetheless, a story of love?

“At the heart of Gwendoline Riley's short, dark, funny novel is a marriage in which bullying self-pity and perplexed self-abasement collide in a series of savage little jousts that ought to be unbearable to witness, but are in fact mesmerizing and perversely tender...There's a strain of English writing... that embraces...gloom, offering, by way of redemption, not sex and sunshine, but style and wit. First Love, with its haiku-like evocations of grotty British cityscapes, its fine ear for the ways in which love inverts itself into cruelty, its preference for scrupulous psychological detail over grandiose epic sweep, is a stellar example of this tradition, and proof of its continued vitality.” —NEW YORK TIMES BOOK REVIEW

“Gwendoline Riley writes beautifully and memorably. First Love is evocative, often funny, and very moving.” —David Szalay, author of All That Man Is

“Gwendoline Riley [is] a fascinating novelist . . . She takes a familiar theme of midlife minor angst and focuses in, closer and closer, until the banal becomes surreal, even beautiful. The effect is beguiling . . . First Love is an exquisite and combative piece of news from nowhere—which is everywhere, too.” —Joanna Kavenna, THE GUARDIAN

“Almost impossible to turn away from.” —Anthony Cummins, THE NEW STATESMAN

“Gwendoline Riley shows herself more than up to the job of writing the wasted hinterlands of the human heart.” —Anne Enright

“Riley’s work is both intricate and expansive . . . Her literary style is so wholeheartedly and ambitiously a creation of her own devising that I fully expect the next interesting, stiletto-sharp debut novel by a woman under thirty to be described as Riley-ish, Riley-esque or Gwendolinear.” —Stuart Kelly, Scotland on Sunday

Gwendoline Riley’s debut novel Cold Water was published when she was still at university and won a Betty Trask Award for first time novelists. Riley is also the author of Sick Notes, Joshua Spassky (which won the Somerset Maugham Award and was shortlisted for the John Llewellyn Rhys Prize), and Opposed Positions. She lives in London.
or
Not Currently Available for Direct Purchase