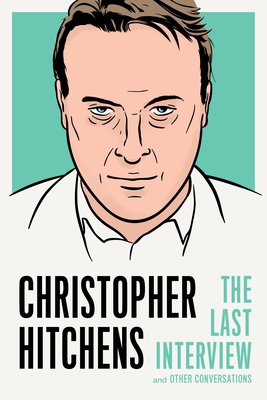 This series of interviews showcases the remarkable career of one of this generation’s greatest—and most divisive—thinkers, featuring a foreword by Stephen Fry

If someone says I’m doing this out of faith, I say, Why don’t
you do it out of conviction? —CHRISTOPHER HITCHENS

One of his generation’s greatest public intellectuals, and perhaps its fiercest,
Christopher Hitchens was a brilliant interview subject. This collection—which
spans from his early prominence as a hero of the Left to his controversial
support for the wars in Iraq and Afghanistan toward the end of his life—
showcases Hitch’s trademark wit on subjects as diverse as his mistrust of the
media, his love of literature, his dislike of the Clintons, and his condemnation of
all things religious. Beginning with an introduction and tribute from his longtime
friend Stephen Fry, this collection culminates in Hitchens’s fearless final
interview with Richard Dawkins, which shows a man as unafraid of death as
he was of everything in life.

"As part of its 'Last Interview' series, Melville House pulls together some of Hitchens’s greatest dialogues, each sparkling with intelligence and wit."—NEW YORK TIMES BOOK REVIEW

“This new collection of Hitchens interviews works both as a good summary of his breadth of interests and as a reminder of the difficulties of classifying his work–which may well be why much of it continues to be compelling reading.” —SIGNATURE READS

Christopher Hitchens (1949-2011) was a prolific columnist, literary critic, essayist, and a famously combative and witty speaker. He was renowned for his staunch atheism, his criticisms of everyone from Henry Kissinger to Mother Theresa, and his controversial support of the Iraq War. A bestselling author who published over 30 books, including God is Not Great, and contributed to The Nation, The Atlantic, and Vanity Fair, Hitchens was 62 when he died from complications relating to esophageal cancer.
Loading...
or
Not Currently Available for Direct Purchase