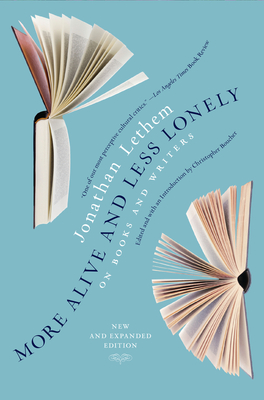 “Lethem is, of course, a king of sentences . . . His talent is large.” —The New York Times Book Review

Editor CHRISTOPHER BOUCHER is a professor of English at Boston College, editor of Post Road magazine, and author of the novels How to Keep Your Volkswagen Alive and Golden Delicious, both from Melville House.
Loading...
or
Not Currently Available for Direct Purchase