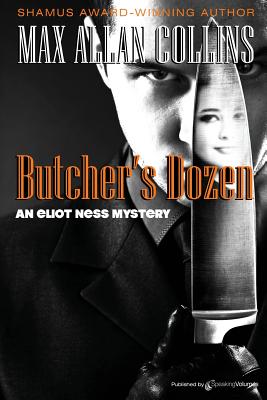 THE UNTOUCHABLES HADN'T PREPARED NESS FOR THIS

After slamming the door on Capone, Eliot Ness and the Untouchable: became legend. Now that's in the past, and Ness travels solo through Depression-ravaged America to clean up a battered town called Cleveland...a city in the firm grasp of fear. A rampaging madman has been on the loose for two years, a butcher who has already hacked up a dozen victims without leaving so much as a shred of evidence, with the exception of various, well-placed body parts. This case could cost Ness everything-his job, his reputation, his life-but he can't rest until this brutal murderer is caught. With one rookie cop, a headline crazed reporter and a gorgeous woman who just doesn't know when to quit, Ness goes undercover to hunt for an elusive killer who is almost as gifted with a knife as Ness is with a mystery.

MAX ALLAN COLLINS, a Shamus-winning master of mystery and suspense, has skillfully woven fact and fiction to create a unique mystery series based on the life and exploits of one of America's most memorable heroes, Eliot Ness. Butcher's Dozen is the second book in this exciting series that began with the highly acclaimed The Dark City.

Max Allan Collins - NEW YORK TIMES BEST-SELLING author Max is a prolific American mystery writer who has been called "mystery's Renaissance man." He has written novels, screenplays, comic books, comic strips, trading cards, short stories, movies and historical fiction. He wrote the graphic novel Road to Perdition (which was developed into a film in 2002). He has also written two novel sequels to Road to Perdition - Road to Purgatory and Road to Paradise. He has also served as the creative consultant for a number of major productions, and has written books and comics based on the TV series franchise CSI. More recently, he has written a book, Buried Deep, based on the TV Series Bones.
Loading...
or
Not Currently Available for Direct Purchase