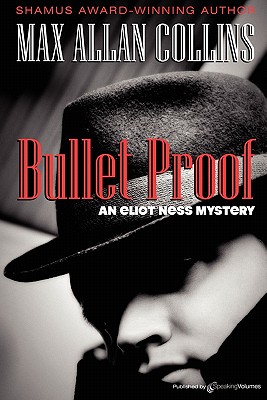 THEY COULDN'T BUY NESS OR BREAK HIM...SO THEY TRIED TO KILL HIM. Cleveland's a solid union town, but organized crime has put the squeeze on labor with an extortion ring that doesn't stop at murder. Everyone's on the take-everyone except Eliot Ness, who sets a brilliant trap for the big boys. Ness is no stranger to this city of steel and smoke, and the former Untouchable knows its secrets the way he knows the streets of Chicago. Ness is hell-bent on cleaning up his adopted home, but he's a sitting duck for a triggerman with a tommy gun who plans to blow Ness and his pals sky high.

Max Allan Collins - NEW YORK TIMES BEST-SELLING author Max is a prolific American mystery writer who has been called "mystery's Renaissance man". He has written novels, screenplays, comic books, comic strips, trading cards, short stories, movies and historical fiction. He wrote the graphic novel Road to Perdition (which was developed into a film in 2002). He has also written two novel sequels to Road to Perdition - Road to Purgatory and Road to Paradise. He has also served as the creative consultant for a number of major productions, and has written books and comics based on the TV series franchise CSI. More recently, he has written a book, Buried Deep, based on the TV Series Bones.
Loading...
or
Not Currently Available for Direct Purchase