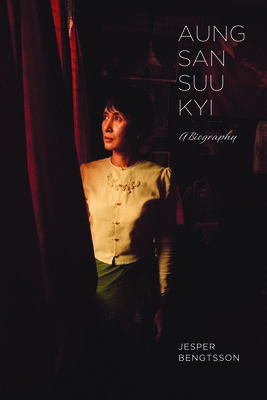 The leader of Burma’s democracy movement, Aung San Suu Kyi, has joined Nelson Mandela, Martin Luther King Jr., Mahatma Gandhi, and the Dalai Lama in the global pantheon of those whose lives are dedicated to freedom. Throughout the world, she is associated with a peaceful struggle for democracy and human rights. But what is she really like? What drives her to make such enormous personal sacrifices for her country?

Jesper Bengtsson presents a portrait of one of today’s most significant political activists. He chronicles her background as the daughter of Burma’s liberation hero Aung San, the years she spent in England and New York, and her return to Burma in the 1980s. First placed under house arrest by the military junta in 1989, she spent fifteen of the subsequent twenty-one years in captivity, separated from her husband and two children.

Throughout that period, she remained a unifying figure and activist for Burma’s democracy movement. Awarded the Nobel Peace Prize in 1991, she saw her reputation and her international stature grow the longer she was under house arrest. Upon her release in November 2010, she immediately took up her work with the democracy movement and proved that she remains the most important political force in Burma.

Aung San Suu Kyi’s ability to affect people and repressive regimes reflects not only her personal charisma and courage but also her devotion to one of the great issues of our times: What is necessary for democracy to evolve from a deeply authoritarian system?

"The book provides a rich historical context for understanding the personal courage and sacrifices of the 'Iron Butterfly,' as well as of thousands of ordinary Burmese citizens. It is especially important in South and Southeast Asia, where many women have risen to power due to family backgrounds and have not lived up to the ideals of freedom and democracy, that Aung San Suu Kyi provides a different model of leadership."—Manisha Desai, associate professor of sociology and women’s studies, University of Connecticut
— Manisha Desai

"An engaging and believable portrait of a remarkable woman who stands out against the harrowing backdrop of Burma's sad story, which Bengtsson knows better than most. I confess: my admiration is endless."—Dagens Nyheter
— Dagens Nyheter
or support indie stores by buying on
Copyright © 2020 American Booksellers Association