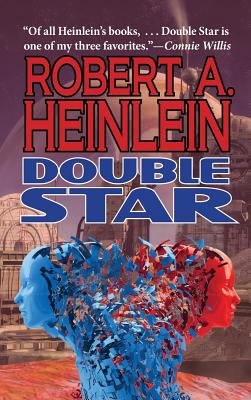 Many of Heinlein's fans consider the novels he wrote in the fifties amongst the author's strongest work; when he was at the peak of his talents. Double Star is considered by many to be the finest of his titles. Brian Aldiss called it his "most enjoyable novel."

Whether it is the simplicity of a lively tale, the complexity of the situation, or the depth of characterization, the book has developed a loyal following. It also won Heinlein his first Hugo.

The story revolves around Lawrence Smith-also known as "Lorenzo the Great"-a down-and-out actor wasting the remainder of his life in bars.

When he encounters a space-pilot who offers him a drink, before he knows what is going on, he is on Mars involved in a deep conspiracy with global consequences. He is given a mission where failure would not only mean his own death, it would almost certainly mean an all-out planetary war.