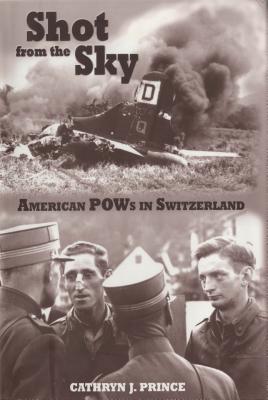 Shot from the Sky

Now available in paperback, Shot from the Sky uncovers one of the great, dark secrets of World War II: neutral Switzerland shot and forced down U.S. aircraft entering Swiss airspace and imprisoned the survivors in internment camps, detaining more than a thousand American flyers between 1943 and the war's end. While conditions at the camps were adequate and humane for internees who obeyed their captors' orders, the experience was far different for those who attempted to escape. They were held in special penitentiary camps in conditions as bad as those in some prisoner-of-war camps in Nazi Germany. Ironically, the Geneva Accords at the time did not apply to prisoners held in neutral countries, so better treatment could not be demanded. When the war ended in Europe, sixty-one Americans lay buried in a small village cemetery near Bern.

Cathryn J. Prince, brings to light details of this little-known episode as she describes the events and examines the Swiss justification for their policy. She demonstrates that while the Swiss claimed they satisfied international law, they applied the law in a grossly unfair manner. No German airmen were interned, and the Nazi aircraft were allowed to refuel at Swiss airfields. The author draws on first-person accounts and unpublished sources, including interviews with eyewitnesses and surviving American prisoners, and documents held by the Swiss government and the U.S. Air Force.