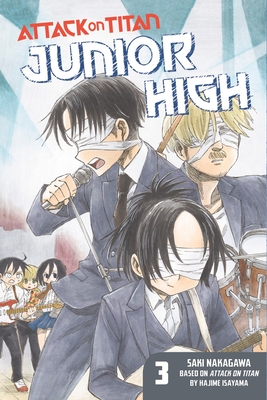 ROCKIN’ TITANS
Eren and the gang start a band, in the hopes of taking the school festival by storm! But they face unexpected opposition in the school’s mysterious idols, a trio known as No Name, not to mention the musical Titans! Then, Mikasa gets herself caught up in a high-stakes culinary battle, and two familiar figures from Levi’s past return to haunt him. Another 300 pages of bizarre, irresistible Titanic nonsense!