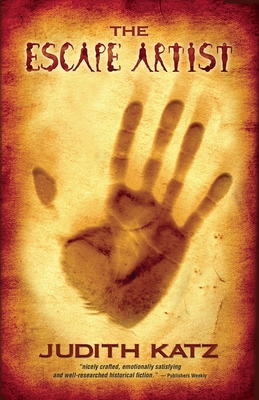 Katz lives up to her first novel's potential in this moving, funny, wholly original picaresque about a nice Jewish girl. . . . The pasts and common destiny of two remarkable women--related with perfect timing in Sofia's convincing Yiddish-tinged English--come together beautifully in this nicely crafted, emotionally satisfying, and well-researched historical fiction.--Publishers Weekly

Set in the brothels and gangster dens of Jewish Buenos Aires at the beginning of the twentieth century, The Escape Artist catapults us into the lives of Sofia Teitelbaum and Hankus Lubarsky.

Sofia, a nice Jewish girl from Poland, is lured away from home by Tutsik Goldenberg, a wealthy traveling businessman who claims to be a lonely Argentine diamond merchant in search of a wife. Upon arriving in Buenos Aires, Tutsik dumps Sofia at his sister's brothel. Hankus, also a nice Jewish girl from Poland, is passing as a man. Having escaped the pogroms of Poland that killed her family, she lives her life as a handsome and mysterious magician and escape artist. When Tutsik spots the talented juggler and acrobat Hankus he envisions success as his manager, seeing Hankus as the means to get out from under his sister's thumb. Sofia and Hankus fall in love and their attempts to walk the tightrope of love, freedom, and independence are quickly put to the test. Sex, deception, magic, and love are the main ingredients of this tour de force novel by Lambda Literary Award winner Judith Katz. In The Escape Artist, Katz reveals that all human interactions consist of love and hate, deception and candor, altruism and self-interest. This is as true in our lives today as it was in an immigrant community at the turn of the last century.

Judith Katz is the author of two published novels, The Escape Artist and Running Fiercely Toward a High Thin Sound, which won a Lambda Literary Award for Best Lesbian Fiction. She has received Bush Foundation, McKnight Foundation, and National Endowment fellowships for fiction.

Judith Katz: Judith Katz is the author of two published novels, The Escape Artist, and Running Fiercely Toward a High Thin Sound, which won a Lambda Literary Award for Best Lesbian Fiction. She teaches cultural studies and literature courses for the University of Minnesota's Center for Jewish Studies.
Loading...
or
Not Currently Available for Direct Purchase