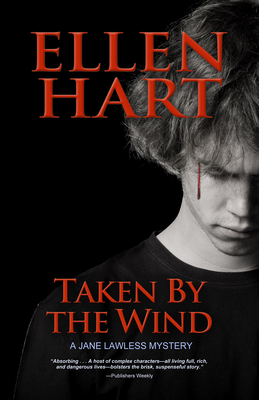 Absorbing . . . unexpected twists and turns . . . and the activities of her irrepressible best friend, Cordelia Thorn (a treasure of mystery fiction), will keep the reader guessing.--Publishers Weekly

A judicious balance of long-term development and short-term storytelling; even readers who come for the ongoing characters will stay for the mystery.--Kirkus Reviews

Lesbian sleuth Jane Lawless confronts one of her most frightening situations: children gone missing. Seamlessly integrating enough backstory to orient readers new to the series, Ellen Hart also quickly establishes restaurateur Lawless's professional skills as a part-time PI as she deftly secures the details pertaining to the disappearance of Eric and Andrew's hot-headed, charismatic twelve-year-old son, Jack, and develops a search strategy. Jack has previously masterminded risky situations with his less volatile cousin, Gabriel, who is troubled, having recently consented to genetic testing since his father died of ALS. But have the boys escalated their adventures?

Jane's first impression of the case isn't good--in fact, she's not convinced the boys ran away at all. She thinks they may have been abducted . . . or worse.