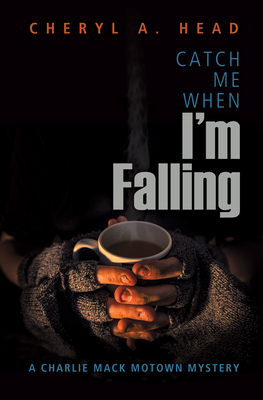 Someone is murdering the homeless in Detroit's Cass Corridor--by immolation. These horrific crimes wouldn't require an investigation by Charlie Mack and her crack team investigators, except one of the burned bodies is her mother's friend. There's a lot wrong with this case: the police won't admit a serial killer is on the loose, drug trafficking intersects with the deaths, and a rogue cop is involved. The timing also couldn't be worse--Charlie and Mandy are finally moving in together. This case becomes the most difficult of Charlie's career when she transforms herself into a street person, and mixes with the corridor's gangs, do-gooders, and the down-and-out to uncover evidence the police can't continue to ignore.

A Detroit native, Cheryl A. Head now lives on Capitol Hill in Washington, DC, where she navigated a successful career as a writer, television producer, filmmaker, broadcast executive, and media funder. Her debut novel, Long Way Home: A World War II Novel, was a 2015 Next Generation Indie Book Award finalist in both the African American Literature and Historical Fiction categories. Her novel, Bury Me When I'm Dead, Book #1 of the Charlie Mack Motown Mystery Series was a 2017 Lambda Literary Award finalist. She serves as the Director of Inclusion for the Golden Crown Literary Society, and regularly consults on a wide range of diversity issues.
Loading...
or support indie stores by buying on