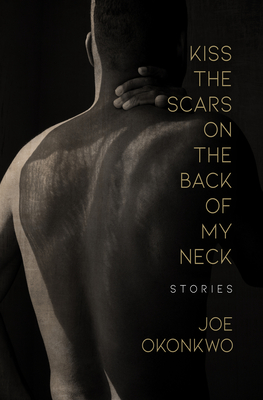 Kiss the Scars on the Back of My Neck

The eclectic stories in this collection are bound by the threads of desire in its many forms, above all, the desire for love and a place of safety in a world where being Black and gay can thwart the fulfillment of that longing. The characters are complex, driven, difficult, and even, at times, unsympathetic, but always compelling. In other words: fully rounded human beings living complicated lives.

A proud Black woman who escaped her rural, impoverished town returns after the collapse of her marriage and faces the scorn of those she left behind. A middle-aged gay man finds his loneliness temporarily relieved by the arrival of a stray cat. An unhappily married woman becomes enmeshed in her bisexual husband's attempt to create a m nage trois with a much younger man. A 16-year-old boy discovers the power of his sexuality when he embarks upon a dangerous seduction. Two Black men, one mature and rich, the other young and struggling, are drawn into a contentious affair by their shared love of opera. The legendary blues singer Glady Bentley crashes up against the barriers of race and gender when she gets caught up in a police raid. Kiss the Scars on the Back of My Neck is a masterful collection of stories by a gifted writer who has fully hit his stride.