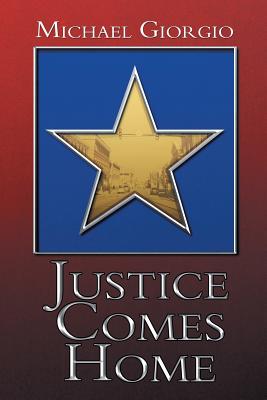 After nearly four years of war, the citizens of Devlin's Crossing, Wisconsin, are grateful for a chance to celebrate peace, but police chief Patrick Morgan wants nothing to do with the city's massive street party. He can't understand how people can celebrate while his son lies dead in a grave somewhere in Europe, never to return home.

During the jubilee, Carter Fairfax, the black sheep of the city's wealthiest family, is found shot to death behind his burlesque. Chief Morgan, who has his own reasons for wishing Fairfax dead, has the responsibility of finding his murderer. Secrets are revealed that cause him to rethink everything in his life, from the city he calls home to his relationship with his daughter, who he's ignored while grieving his son. Immersed in murder and mourning, Patrick doubts justice will ever come home.