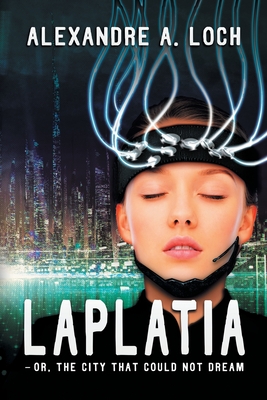 How would it be to live in a city where no one was allowed to use his imagination freely? Where dreams and fantasy had to be used for socioeconomic purposes? Laplatia is a dystopian city in the near future where natural resources for the production of electrical power on Earth have been depleted. With increasing chaos due to this shortage, civilization invented the Extractors, machines capable of extracting human imagination and turning it into Fos, electricity's raw material. Consequently, citizens were prohibited to "spend useless thoughts," such as those provided by imagination, dreams, and fantasy, unless they were destined to the Extractors.

In this city, we follow the story of seven characters, their anguishes, their relationships, and their solitude. Laplatia is an erratic story that emotionally moves the reader and urges him to reflect about himself and the society. After all, who said one's thought is free?