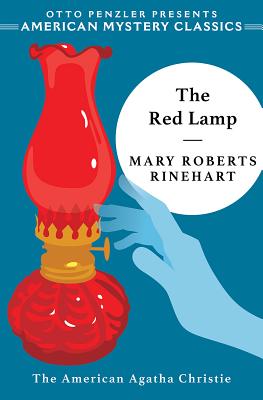 A professor tries to stop a murder spree, uncertain whether the culprit is man or ghost.

An all-around skeptic when it comes to the supernatural, literature professor William Porter gives no credence to claims that Twin Towers, the seaside manor he’s just inherited, might be haunted. He finds nothing mysterious about the conditions in which his Uncle Horace died, leaving the property behind; it was a simple case of cardiac arrest, nothing more. So, though his wife, more attuned to spiritual disturbance, refuses to occupy the main house, Porter convinces her to spend a summer at the estate and stay in the lodge elsewhere on the grounds. But not long after they arrive, Porter sees the evidence of haunting that the townspeople speak of: a shadowy figure illuminated by the red light of Horace’s writing lamp, the very light that shone on the scene of his death. And though he isn’t convinced that it is a spirit and not a man, Porter knows that, whichever it is, the figure is responsible for the rash of murders—first of sheep, then of people—that breaks out across the countryside. Somehow, though, the suspect eludes him every time and, in his pursuit, Porter risks implicating himself in the very crimes he hopes to solve.

Written with atmospheric prose and tension that rises with every page, The Red Lamp is a hybrid of murder mystery and gothic romance that shows the “American Agatha Christie” at the height of her powers.


Praise For The Red Lamp…

“There are a few masters in the field of crime who never stale, and Mary Roberts Rinehart is one of the select group.”
— Kirkus

Fans of eerie whodunits with a supernatural tinge will relish this reissue.
— Publishers Weekly (Starred Review)

Otto Penzler, the creator of American Mystery Classics, is also the founder of the Mysterious Press (1975), a literary crime imprint now associated with Grove/Atlantic; Mysterious Press.com (2011), an electronic-book publishing company; and New York City’s Mysterious Bookshop (1979). He has won a Raven, the Ellery Queen Award, two Edgars (for the Encyclopedia of Mystery and Detection, 1977, and The Lineup, 2010), and lifetime achievement awards from Noircon and The Strand Magazine. He has edited more than 70 anthologies and written extensively about mystery fiction.
Loading...
or
Not Currently Available for Direct Purchase