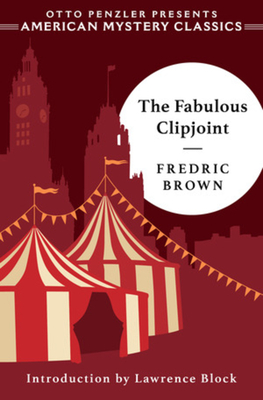 "Ingenious . . . Plunges the reader into a desperate, working-class America now better known through William Lindsay Gresham’s precisely contemporary novel Nightmare Alley and such film-noir classics as Out of the Past and The Postman Always Rings Twice."—Washington Post

In the rough edges of 1940s Chicago, the discovery of a corpse in an alleyway isn’t always enough to cause a big stir—especially when the victim is killed in the midst of a night-long bender, caught between barrooms in what appears to be a mugging gone awry. Which is why the police don’t take a huge interest in finding the murderer of Wallace Hunter, a linotype operator who turns up dead after a solitary drinking adventure that led through many of the Loop’s less reputable establishments.

But for his teenage son, Ed, and his carny brother, Am, something about Wallace’s death feels fishy, a fact that grows increasingly bothersome when it becomes clear that some of the witnesses aren’t telling the whole story. In order to get to the heart of the matter, they’ll need all the skills Am picked up in the circus life—skills that young Ed will have to pick up on fast. And in the process of discovering the killer, they make another discovery as well: Wallace was a much different man than the father Ed thought he knew.

The Edgar Award-winning novel that announced a legendary voice in crime fiction, The Fabulous Clipjoint is the first in Fredric Brown’s long-running Ed & Am Hunter series. The book’s memorable mixture of a hardboiled mystery with an urban coming of age narrative remains fresh to this day.

Praise For The Fabulous Clipjoint…

Otto Penzler's American Mystery Classics series has been turning out gem after gem, but here we have the jewel in the crown. Brown (1906–72) is little read today, but he deserves the same acclaim as Raymond Chandler, Dashiell Hammett, and the other greats in the vanguard of hard-boiled crime fiction.
— Booklist STARRED REVIEW

The first of seven cases for Ed and Am will leave readers hungry for more.
— Kirkus

Plunges the reader into a desperate, working-class America now better known through William Lindsay Gresham’s precisely contemporary novel Nightmare Alley and such film-noir classics as Out of the Past and The Postman Always Rings Twice. . . . As a mystery, The Fabulous Clipjoint is most ingenious in its unusual motive and the understated parallels between the killer and Uncle Am. It’s also a coming-of-age story, as young Ed tries out various adult personae.

Fredric Brown was a prolific writer of multiple genres, including mystery, sci-fi, poetry, and non-fiction, whose work has been championed by Stephen King, Philip K. Dick, Umberto Eco, and many more literary luminaries. In the mystery world, he is best remembered today for his long-running series of mysteries featuring Ed and Am Hunter, who made their first appearance in the Edgar Award winner, The Fabulous Clipjoint.

Lawrence Block is a Mystery Writers of America Grand Master who has been writing award-winning mystery and suspense fiction for over half a century. In addition to creating several popular and long-running series characters (such as Matthew Scudder, Bernie Rhodenbarr, and Keller), Block’s novels include dozens of standalone mysteries, as well as other titles in a range of genres.
Loading...
or support indie stores by buying on