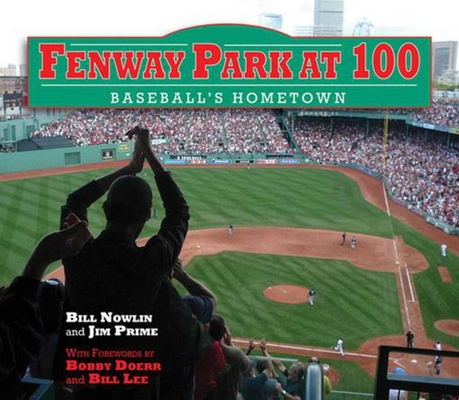 On April 20, 1912, The Boston Red Sox played their first official game at Fenway Park. 27,000 fans were on hand to witness the Red Sox defeat the rival New York Highlanders—later known as the Yankees—7–6 in 11 innings. It was an event that may have made front page news in Boston had it not been for the sinking of the Titanic five days earlier.

Since that day, the oddly-shaped stadium at 4 Yawkey Way has played host to nearly 8,000 Red Sox games, including fifty-five in the postseason, launching the legends of Tris Speaker, Jimmie Foxx, Ted Williams, Carl Yastrzemski, Jim Rice, Wade Boggs, and Pedro Martinez, and making the ballpark a worldwide destination for legions of baseball fans in the process.

From the Green Monster to Pesky’s Pole, The Triangle to the lone red seat marking the longest home run ever hit in the stadium (a 502-foot blast off the bat of Ted Williams in 1946), Fenway Park’s unique charms have captivated generations of sports fans.

100 Years of Fenway Park tells through vivid, full-color photographs and illuminating prose, the story of the most cherished American stadium, creating an endearing portrait of a building whose rich history resonates in the hearts and minds of the Red Sox vast fanbase. With a special foreword by Red Sox legend Carl Yastrzemski, this is a book that no Red Sox fan should be without.

Bill Nowlin was born and raised in Boston. He is the author of over twenty-five Red Sox–related books, including Red Sox by the Numbers and Fenway Park at 100. In 2004, Nowlin was elected vice president of the Society for American Baseball Research (SABR). He lives in Burlington, Massachusetts.
or
Not Currently Available for Direct Purchase
Copyright © 2020 American Booksellers Association