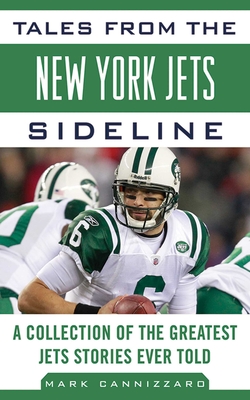 In Tales from the New York Jets Sideline, author Mark Cannizzaro takes readers on a journey, through his eyes and the eyes of the subjects he has covered, through musings, controversial happenstances, and occasional brilliance the Jets have displayed. During the years Cannizzaro has followed the franchise, up to their consecutive AFC Championship Game losses in 2009 and 2010, the Jets have careened through life alternating between bumbling and embarrassing, maddening and entertaining, and utterly brilliant.

Mark Cannizzaro graduated from Ithaca College in 1983 and has been covering professional sports ever since. In 1993, he began covering the New York Jets for the New York Post. When he’s not busy covering the men in green, he splits his time between Highlands, New Jersey, and New York City.
Loading...
or
Not Currently Available for Direct Purchase