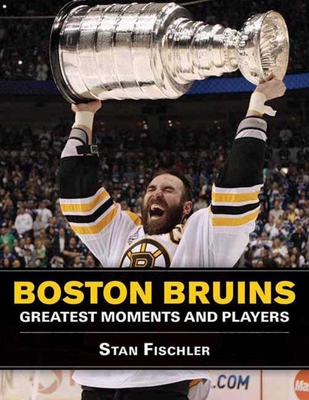 Written by hockey's most authoritative author, this is the definitive collection of Boston Bruins history. In his newly revised edition of Boston Bruins: Greatest Moments and Players, “hockey maven” Stan Fischler examines the storied history of the Boston Bruins from their first game in 1924 to their epic Stanley Cup victory in 2011. Beyond the stats and facts, this veteran sportswriter brings fans off the ice and into the locker room to share a treasure trove of stories and anecdotes from this legendary franchise. Within these pages, Bruins fans will read about all of Boston hockey's most famous names—Phil Esposito, Bobby Orr, Eddie Shore, Milt Schmidt, John Bucyk, and many more.

Stan Fischler is a legend of sports broadcasting. He began his career as a publicist for the New York Rangers in 1954 and has been covering hockey in the over half a century since. The winner of seven Emmy Awards, Fischler has worked in every medium from print to TV to Twitter. This &ldquo;Hockey Maven&rdquo; currently serves as the resident hockey expert for MSG and MSG Plus. He can appears on weekly MSG Networks features and as a commentator on Islanders and Devils games. The author of more than one hundred books, Fischler lives in New York City.
Loading...
or
Not Currently Available for Direct Purchase