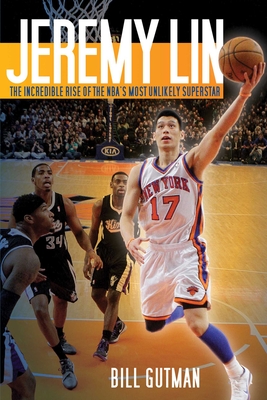 The Incredible Rise of the NBA's Most Unlikely Superstar

Who would have thought that an Asian American who majored in economics at Harvard would become the NBA’s most talked about star? While the story seems more like Hollywood fantasy, it has really happened.

Undrafted out of college and waived in short order by the Golden State Warriors and Houston Rockets, Jeremy Lin was signed by the underachieving New York Knicks in December 2011. In his first twenty-three games, he played only fifty-five total minutes and was close to being cut again.

Then, on February 4, 2012, with the Knick decimated by injury, he came off the bench against the New Jersey Nets and scored 25 points, leading the Knicks to victory. He started the following game and topped that with 28 points and eight assists. Linsanity was born!

Here Lin’s full story—from the playgrounds of Palo Alto to a high school championship to the Ivy League to sleeping on his brother’s couch to stardom at Madison Square Garden. As he begins the 2012-2013 reason with a new contract totaling almost $30 million for four years, his story will entertain and inspire sports fans and non-sports fans alike.

Bill Gutman is a sportswriter and author. His books include Tales from the 1969–1970 New York Knicks, What if the Babe Had Kept His Red Sox? and Jeremy Lin.
or
Not Currently Available for Direct Purchase
Copyright © 2020 American Booksellers Association