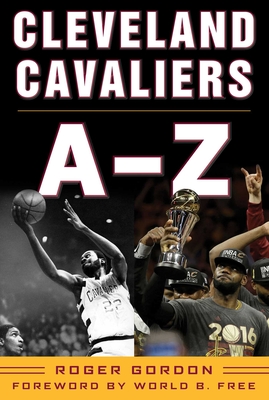 A must-have book for any Cavs fan, Cleveland Cavaliers A- Z is compiled alphabetically for easy accessibility. The book offers a complete history of the franchise and includes hundreds of different items of interest.

After the Cavaliers were founded as an expansion team in 1970, the team and its fans endured a league-worst 15-67 record in the inaugural season under head coach Bill Fitch. That gave the Cavs the first pick in the 1971 NBA Draft, which they used on Notre Dame’s Austin Carr, who joined a Cavaliers team that already had expansion draftee Bobby “Bingo” Smith. An influx of talent that included Jim Cleamons, Jim Chones, and Dick Snyder eventually led to the team’s first-ever playoff appearance in 1975-76--including the “Miracle of Richfield” against the Washington Bullets.

Since then Cavs fans have witnessed the first and second comings of LeBron James and two trips to the NBA Finals. Through savvy draft picks and trades, the Cavs are one of the most consistently successful franchises in the league.

Cleveland Cavaliers A- Z brings you the history of the Cavs and will delight those with a penchant for sports trivia with its array of facts and heightened attention to detail. From Gary Alexander to Tyler Zeller, this book has all the information Cavs fans would ever want to know about their team.

Roger Gordon is a freelance writer who has authored four books, including Cleveland Browns: A to Z.

World B. Free played in the NBA from 1975 to 1988, including four season with the Cleveland Cavaliers (1982-1986).
Loading...
or
Not Currently Available for Direct Purchase